This twenty-fourth article, which is part of the series on Linux device drivers, gets the complete real SIMULA file system module in action, with a real hardware partition on your pen drive.

Code available from rsfs_in_action_code.tbz2 gets to the final tested implementation of the final semester project of Pugs & Shweta. This contains the following:

With all these and earlier details, Shweta completed their project documentation. And so finally, Shweta & Pugs were all set for their final semester project demo, presentation and viva.

The highlights of their demo (on root shell) are as follows: 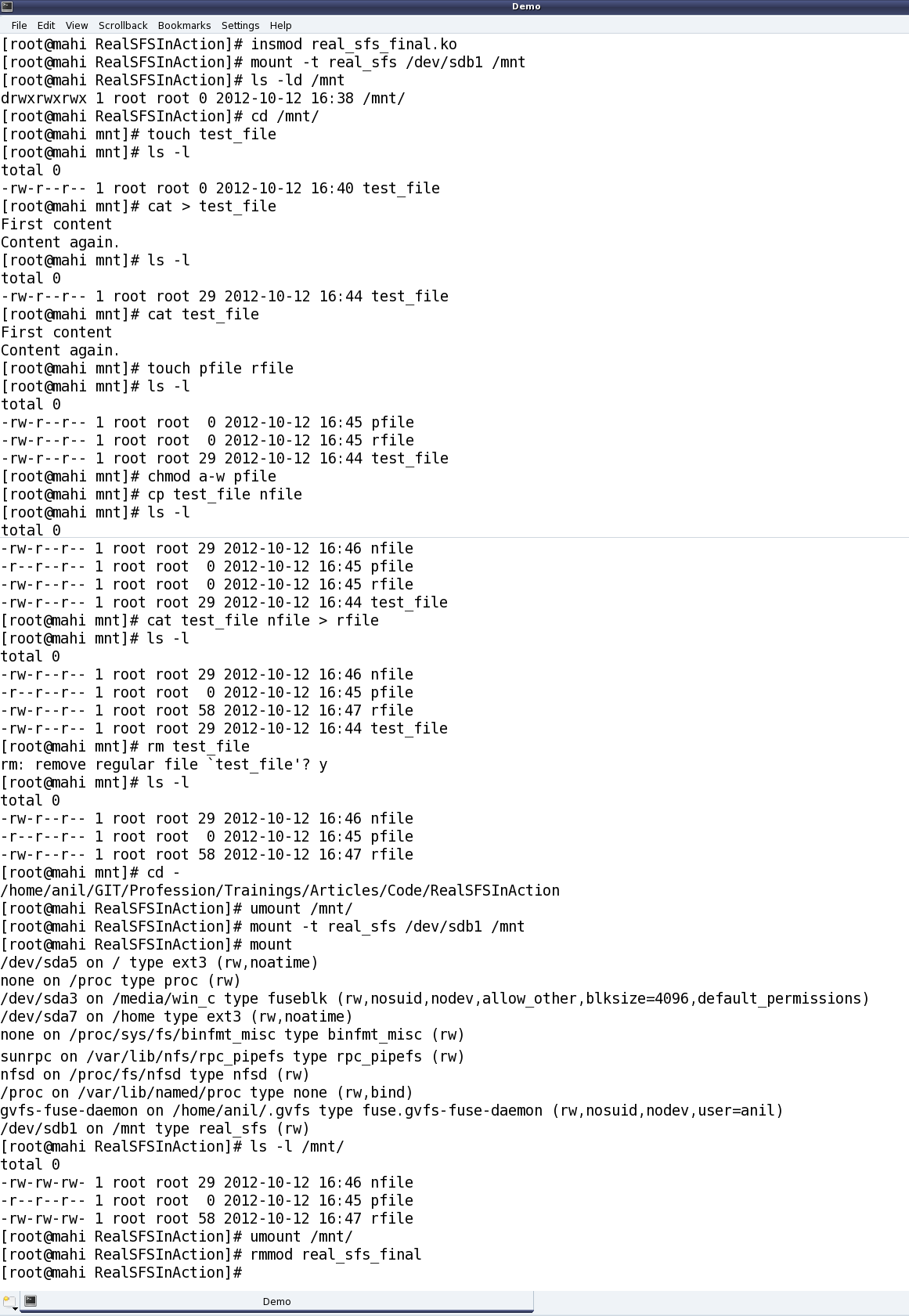 Realities behind the action

And if you really want to know, what are the additional enhancements Pugs added to the previous article’s code to get to this level, it is basically the following core system calls as part of the remaining 4 out of 5 set of structures of function pointers (in real_sfs.c):

With all these in place, one could see the amazing demo by Pugs in action, as shown in Figure 40. And don’t forget watching the live log in /var/log/messages using a ‘tail -f /var/log/messages‘, matching it with every command you issue on the mounted real SFS file system. This would give you the best insight into when does which system call gets called. Or, in other words which application invokes which system call from the file system front. For tracing all the system calls invoked by an application/command, use strace with the command, e.g. type ‘strace ls‘ instead of just ‘ls‘. 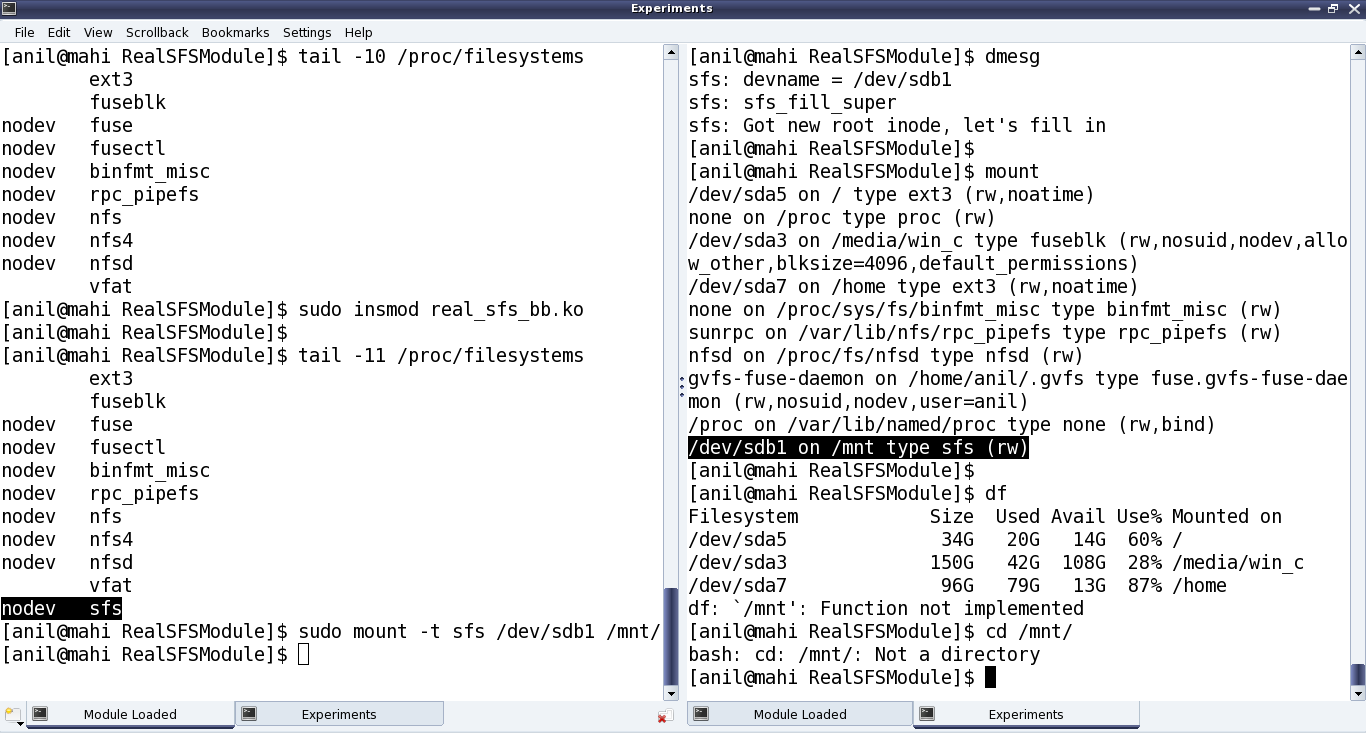