This 22nd article in the series of “Do It Yourself: Electronics”, finally generates a 50% duty cycle waveform using IC 555.

After failing to achieve 50% duty cycle square wave, or so called symmetric square wave, using his trivial circuitry, Pugs further explored. One clear observation was that the output pin 3 is the only pin which goes both high and low, correspondingly during the charging and discharging cycle. So, not using pin 3 means that there has to be two separate paths for charging and discharging the capacitor C, meaning two separate resistors R1 & R2 similar to the initial design as in the first 555 article. 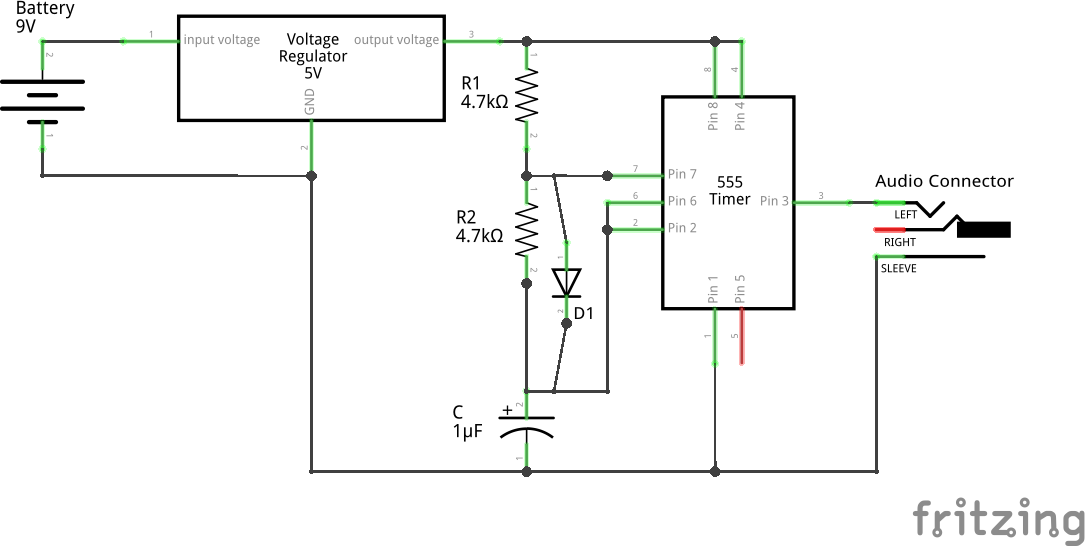 What do you think would Pugs wait for? Here’s his breadboard layout with two 4.7KΩ resistors (both of which closely measured 4.3KΩ on the multimeter), and a 1μF capacitor: 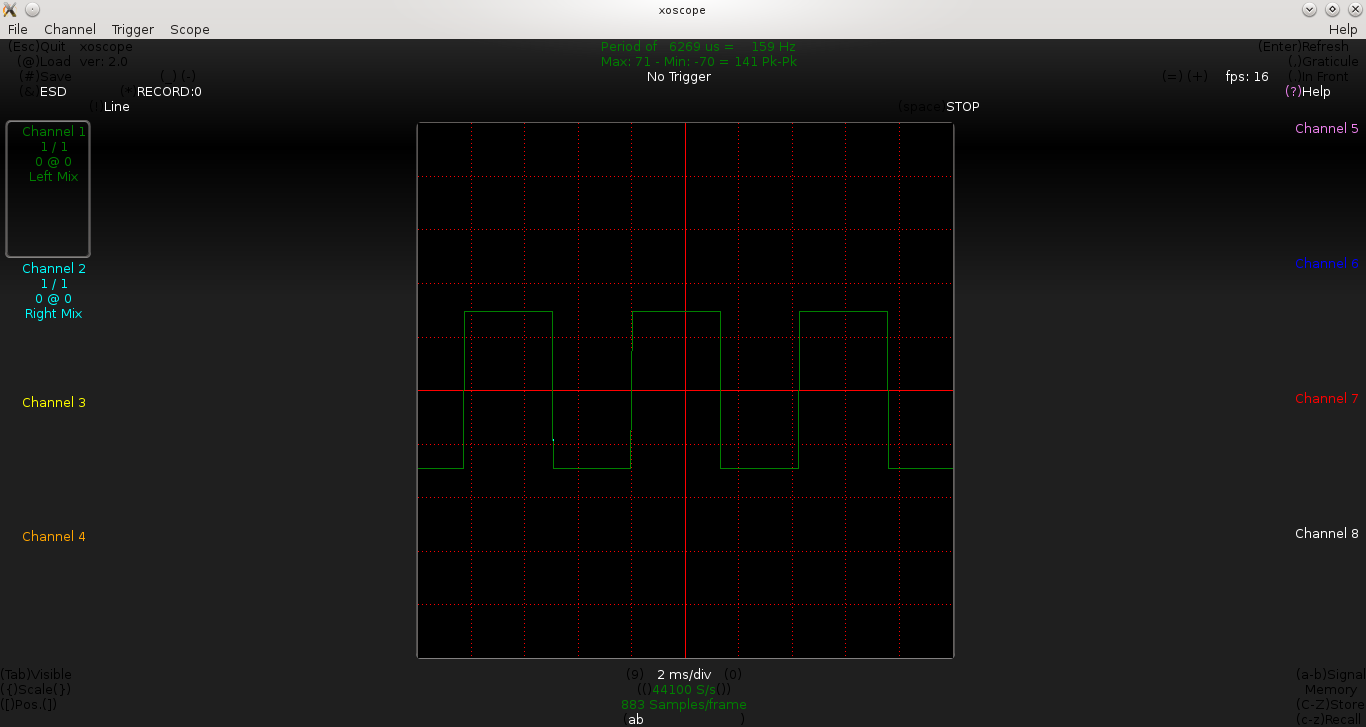 From the above waveform, we approximately have t_on = 3.2ms and t_off = 3.0ms. Close enough to our expected value of 2.98ms (as per equation 4 or 5), but not really satisfactory as t_on and t_off are still not exactly same, even though R1 and R2 are closely equal. 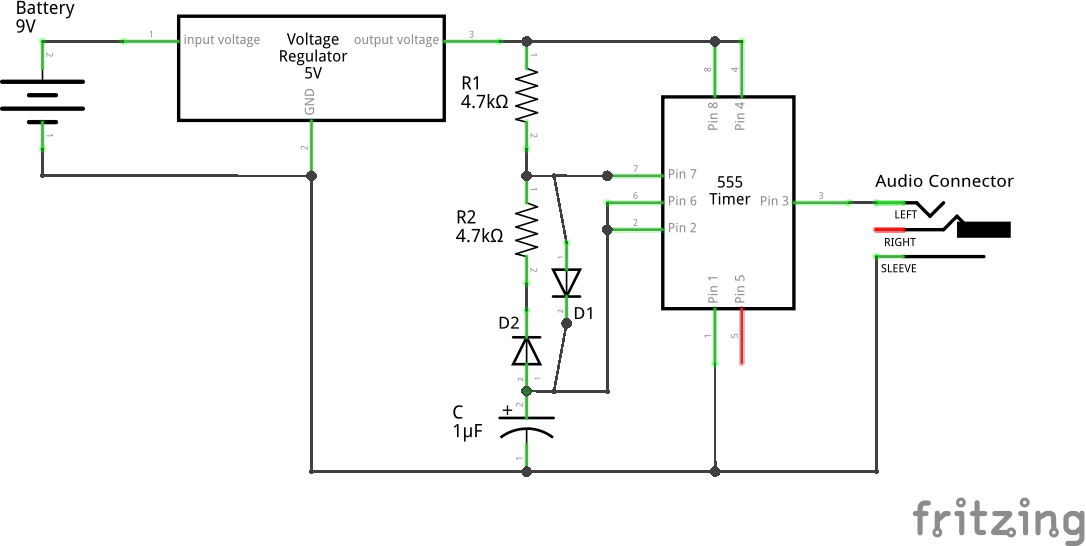 Pugs’ breadboard connections for the same are as follows: 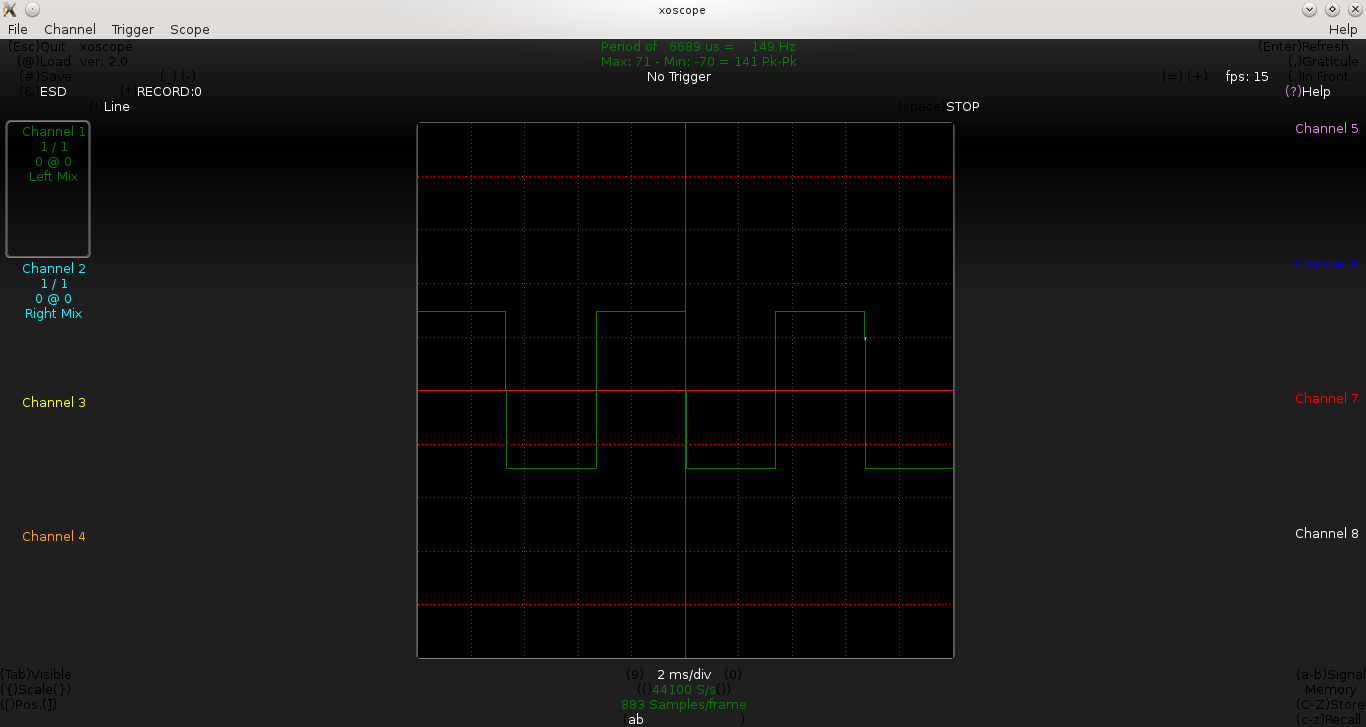 And, now we see that t_on and t_off both are approximately equal to 3.2ms.

To be more exact, one may use a pot in place of R2 & D2, and then adjust it to match it with resistance of R1 & D1 – more precisely by matching the off cycle to the on cycle.